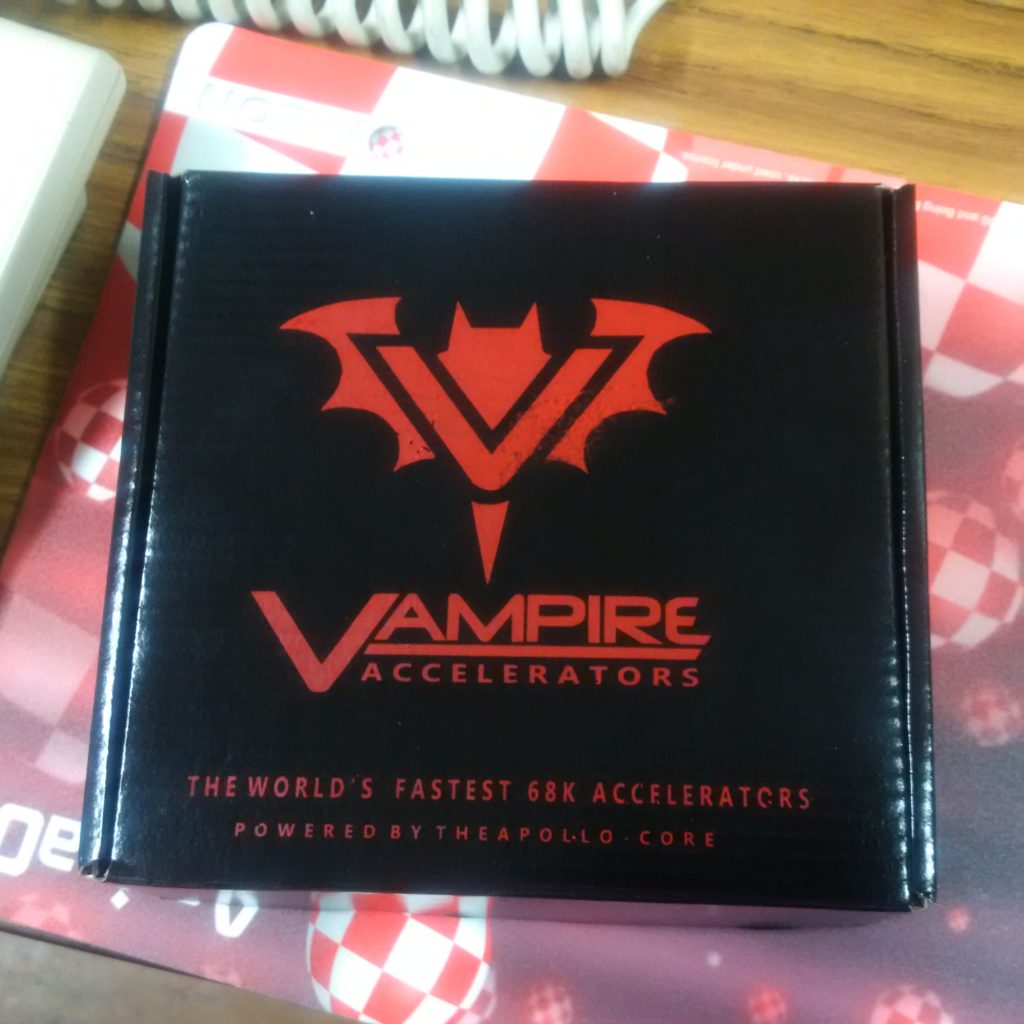 The box was opened to reveal the shiny new hardware.. 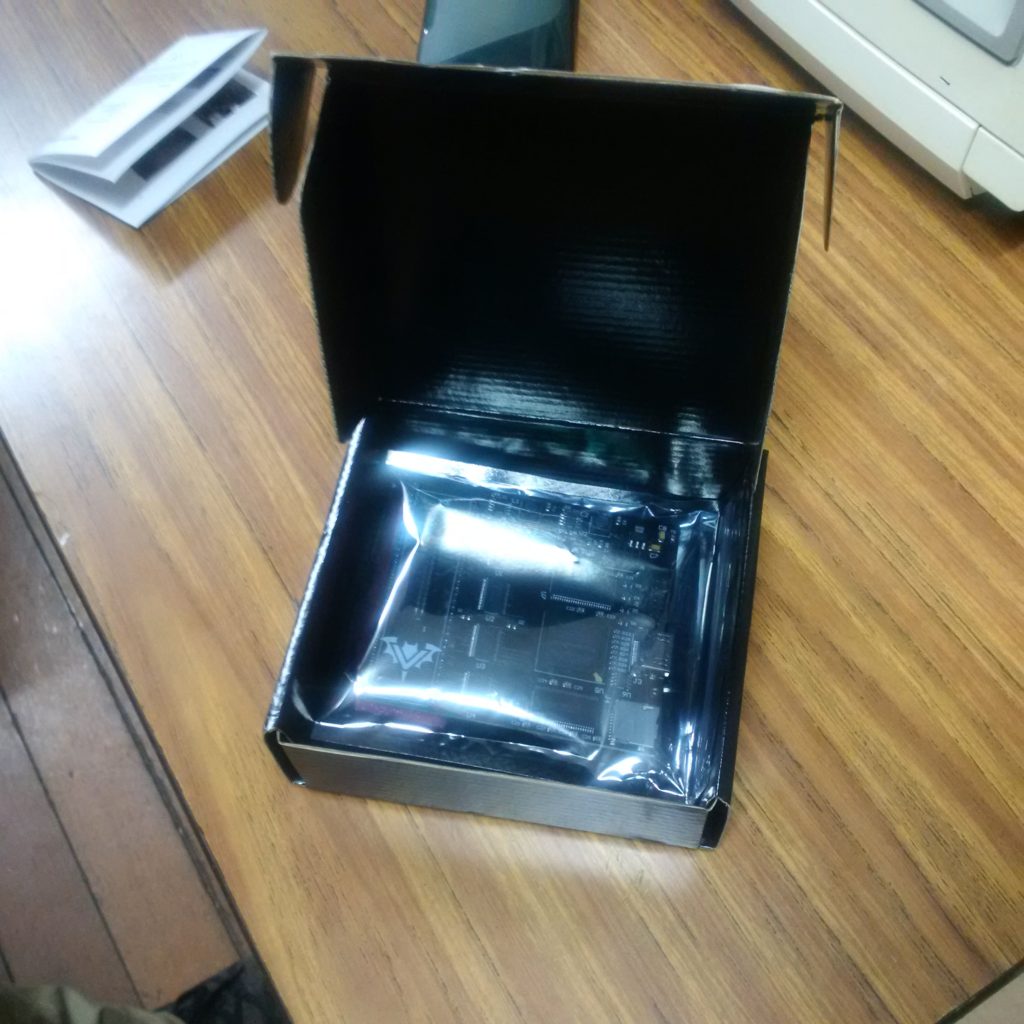 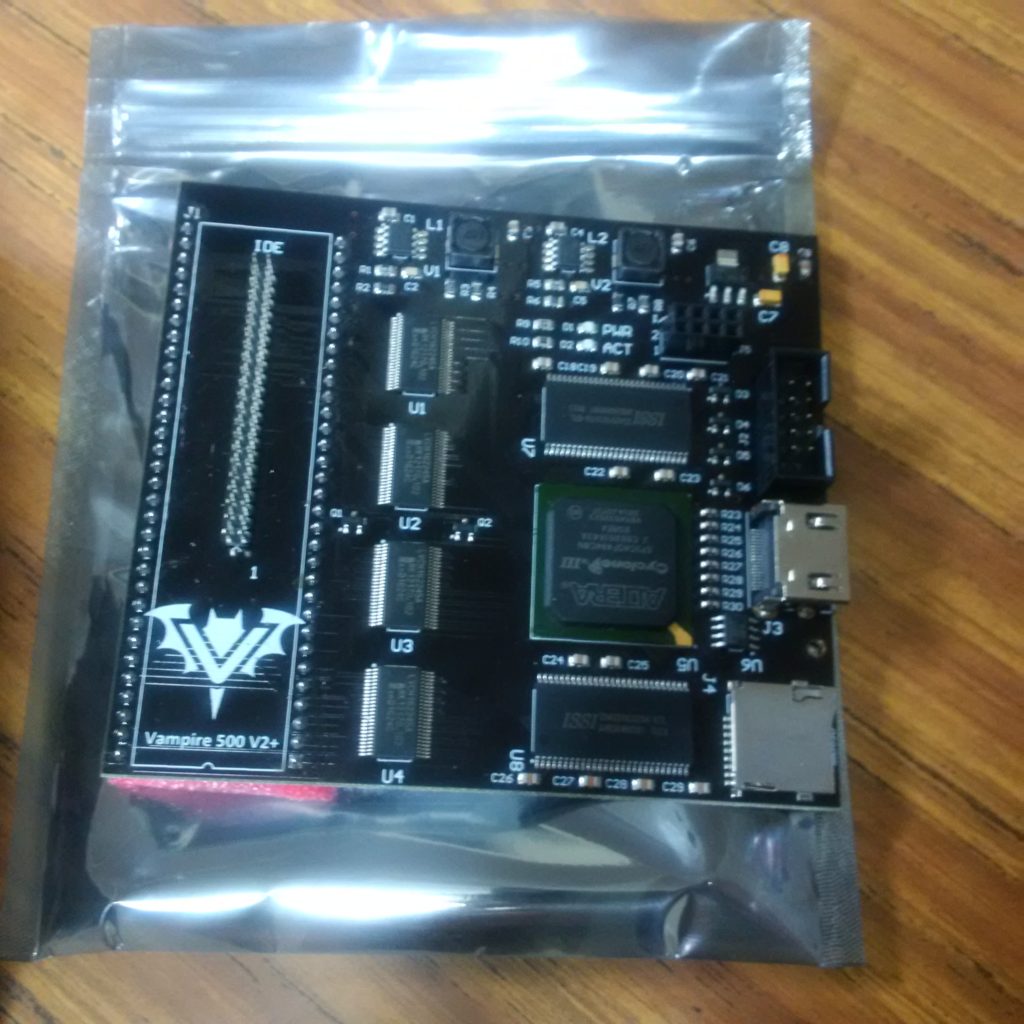 To start with, the V500 was tested in Rod’s A500. It turned out that the machine had never been opened before, so installation took a little longer than expected. This is due to the presence of an EMI shield over the motherboard. Normally these are missing as most owners remove and lose them. As it turned out, Rod’s A500 was in immaculate condition and even the battery on the A501 hadn’t leaked! SAUG member and technical guru Leslie provided the installation assistance. 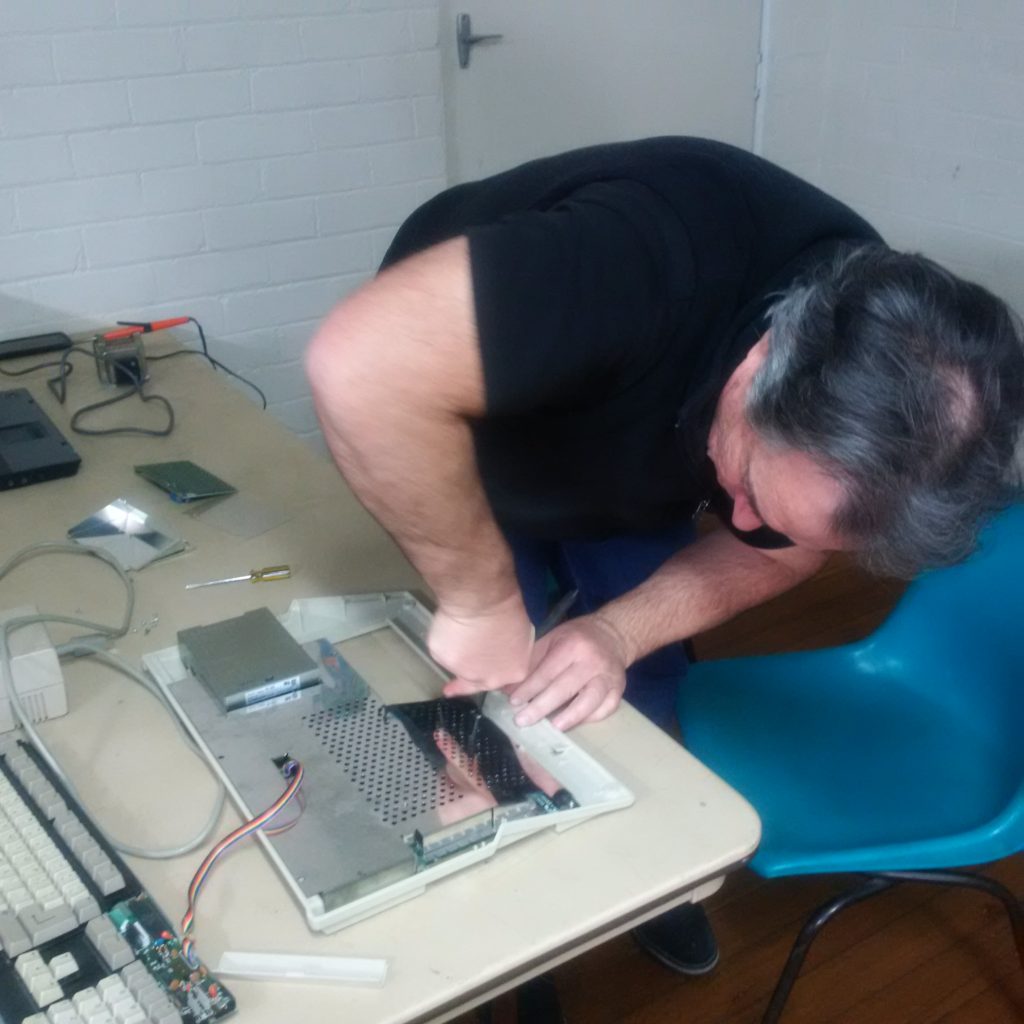 Leslie removes the metal shield from Rod’s A500 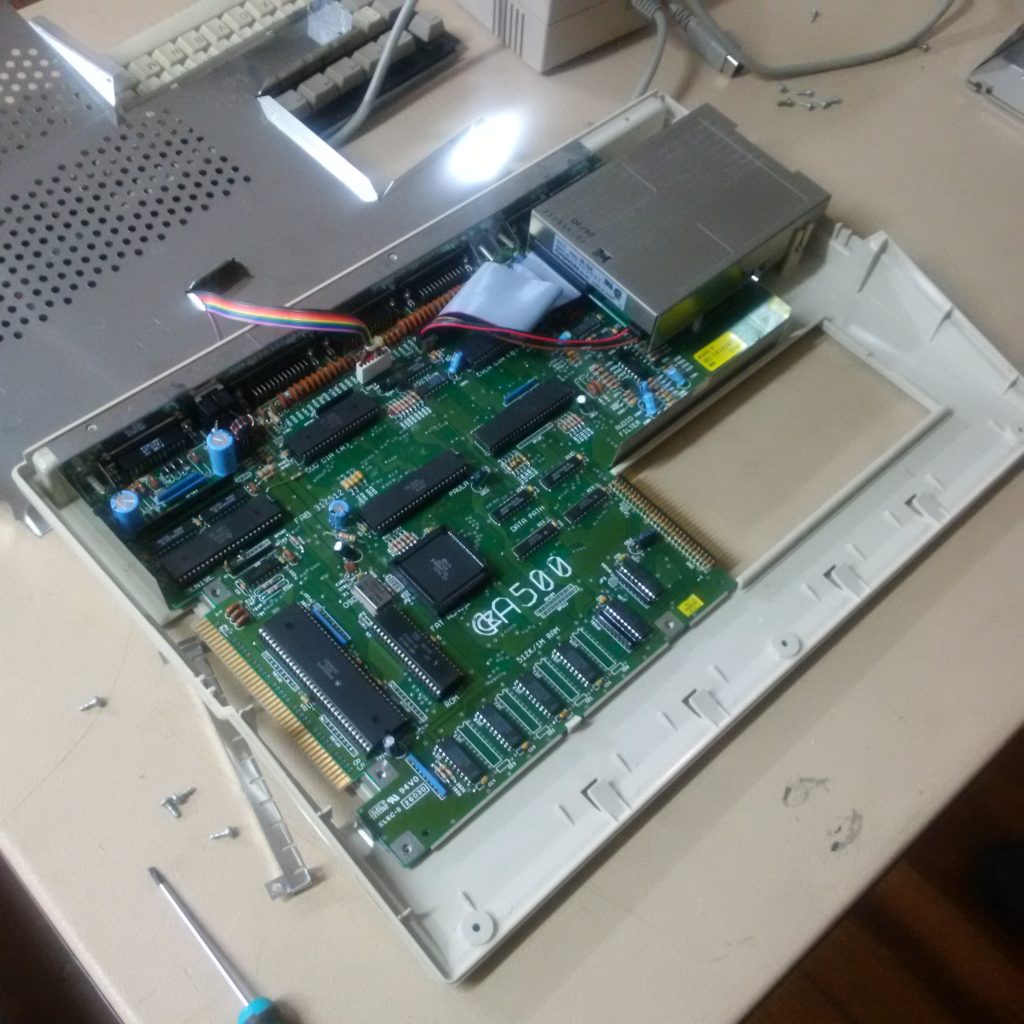 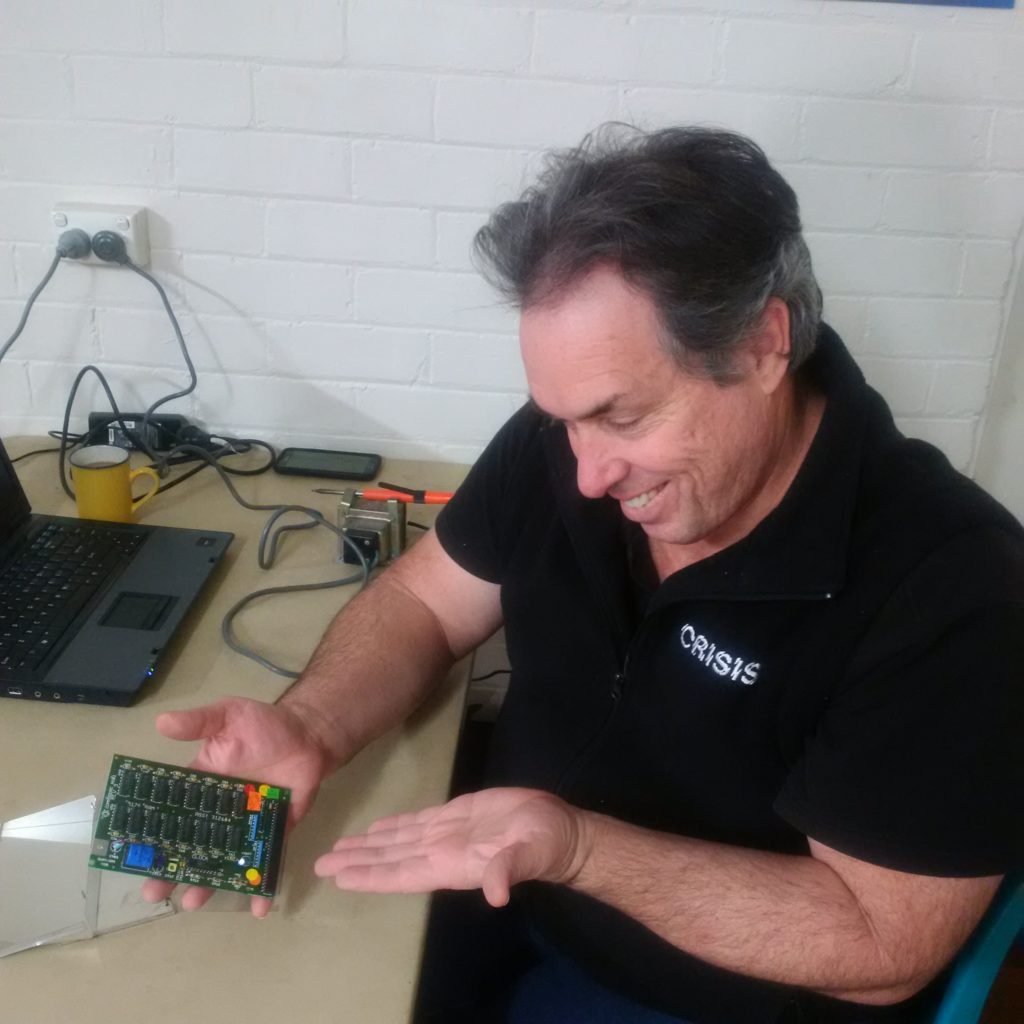 With the EMI shield removed, installation is a simple matter of removing the original MC68000 CPU… 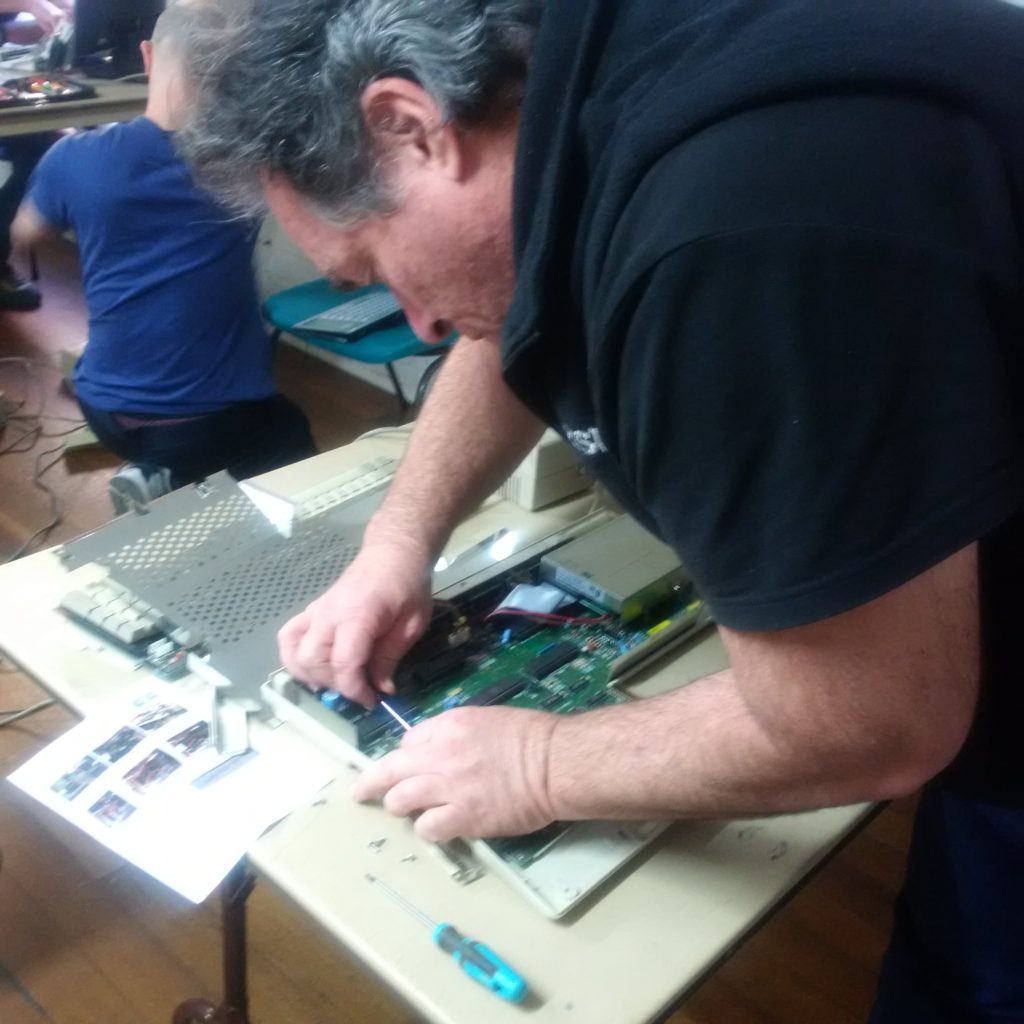 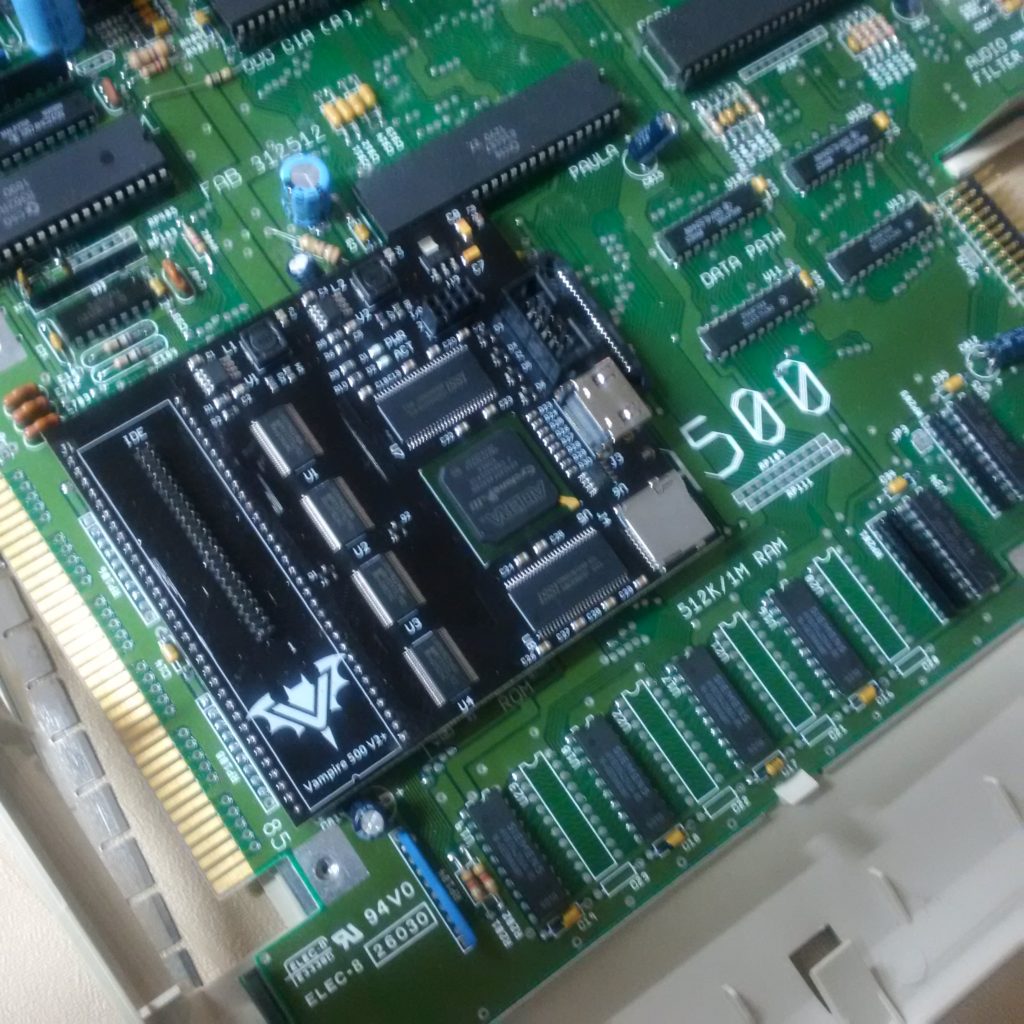 Due to the size of the card, the Kickstart ROM needed to also be removed. This is no issue though, as the V500 provides its own replacement Kickstart. The machine was powered up and it worked! 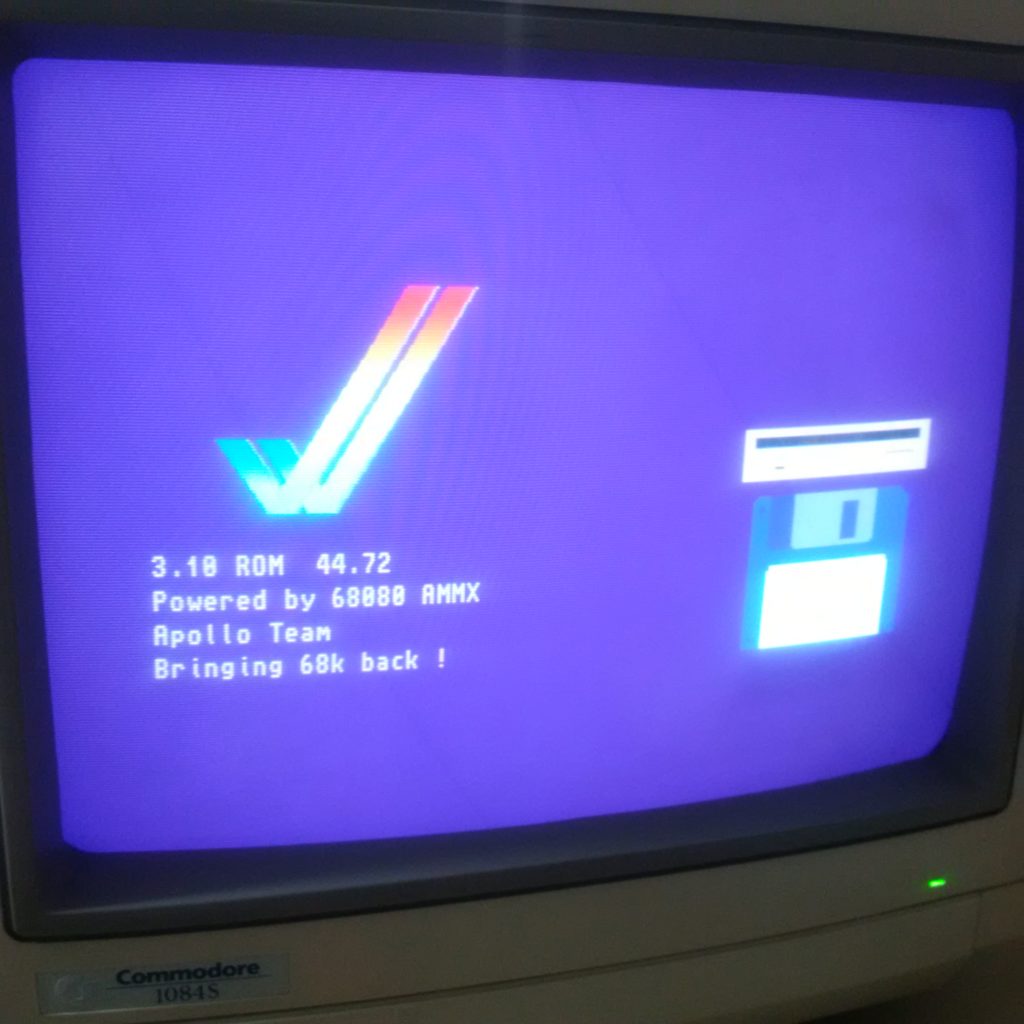 Since the A500 hardware architecture is quite similar to the A2000, it was theorised that it should also work in an A2000 too. After installation in Rod’s A2000 the card came to life and worked!

Unfortunately the SCRAM2000 SCSI controller in the A2000 would not boot with the V500 installed. It seems that either the boot ROM is incompatible with the V500 or some other incompatibility exists. Hopefully the on-board SD card storage of the V500 will eventually be available, eliminating the need for a SCSI card.

On the topic of SCSI cards, Rod’s A2000 features a SCSI2SD device. This useful device allows you to transparently replace a SCSI hard drive with a micro SD card. In the image below the red printed circuit board takes the place of a real SCSI drive. 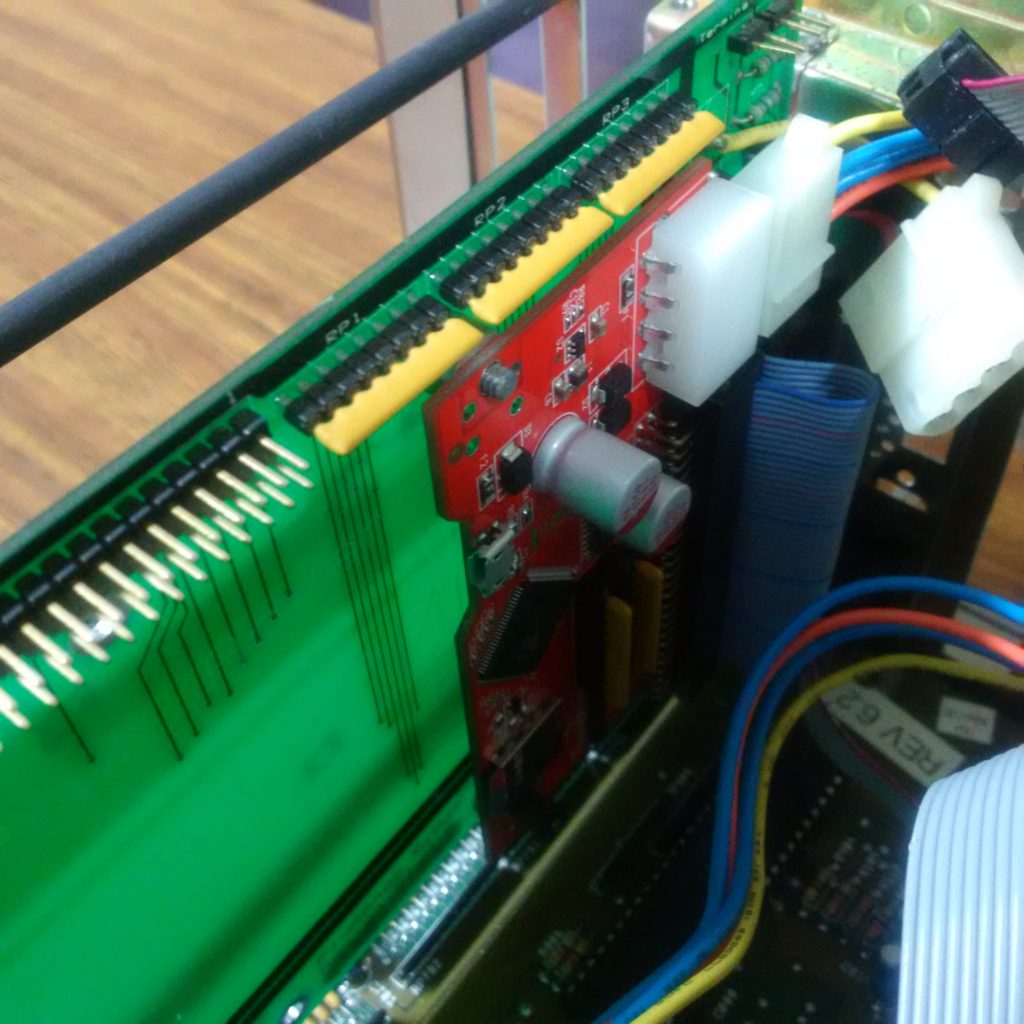 With a fully working Video Toaster system, Rod also conducted a quick demonstration on the use of Newtek’s Lightwave software. Considering the age of the software I was impressed with its functionality. Having heard so much about this software years ago, it was great to finally see it and have a hands-on opportunity.

For information on the SCSI2SD see http://www.codesrc.com/mediawiki/index.php?title=SCSI2SD